What music should I select for a funeral? 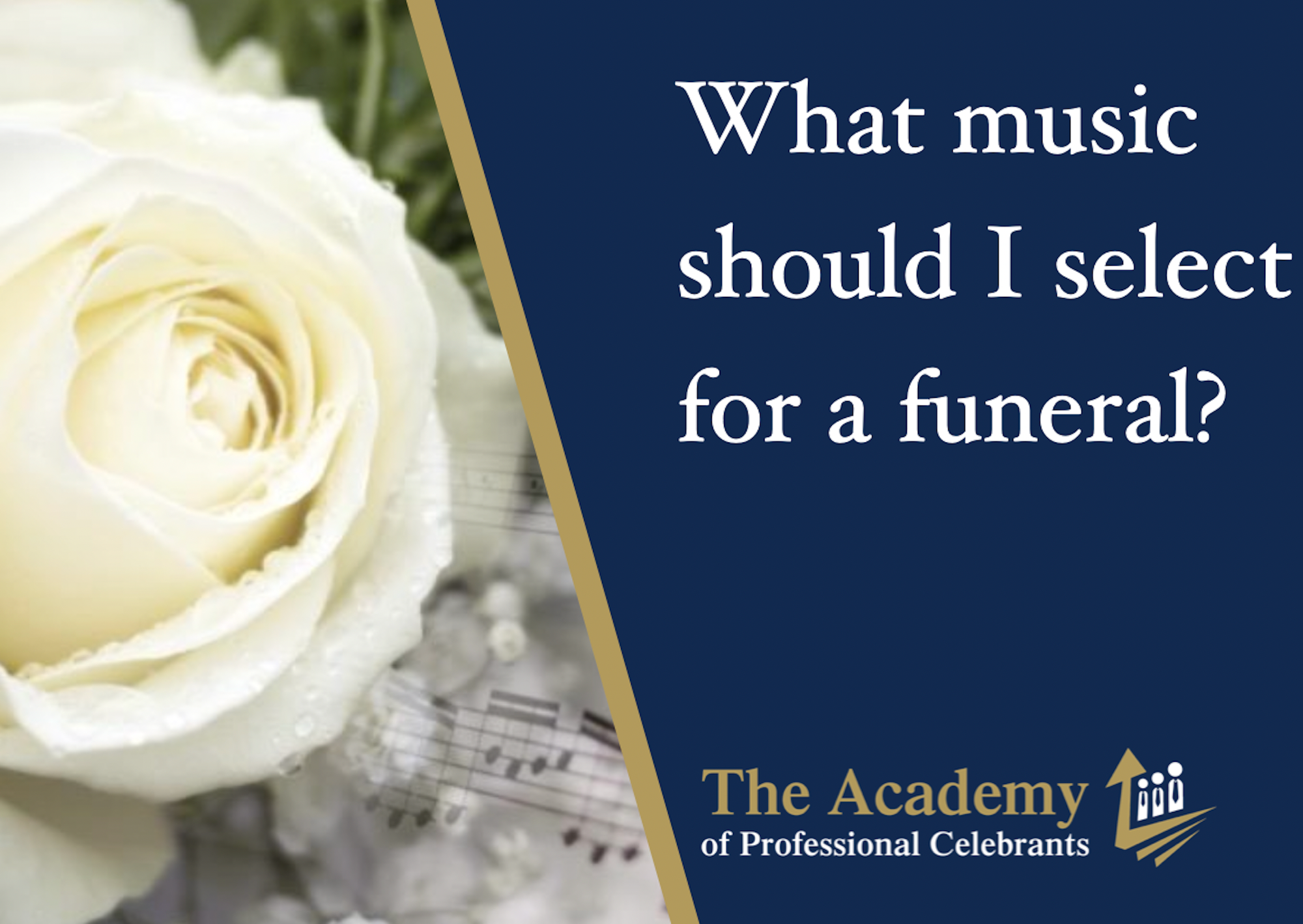 It’s a tricky question, selecting music for a funeral. Generally, there are three distinct pieces of music during a funeral service. Each piece represents a specific aspect of the service and has itsown job to do. The three pieces of music are as follows:

It is well known that music plays an important role in our lives. It affects us on a primaeval level. It starts with sound waves moving through our bodies, resonating and vibrating aroundour organs. Music can soothe and calm us when we are stressed.

If you think of a baby going tosleep, a parent will often put music on to help the baby fall asleep. If you are angry or cross, loud, heavy music can be played, turning the volume up so loud you can’t hear yourself think.

As the music plays, the person becomes less stressed or angry. Alternatively, if someone (possibly a speaker) wants to put energy in a room, they can use upbeat music, loud and boppy. TV, Films and advertisers use music to get us to feel an emotion, a connection with the visual image being displayed.

The onset of dementia is thought to be slowed when listening to classical music. Indeed, if you watch an Andre Previn concert, you can see members of the audience conducting the orchestra from their seats, other audience members crying and then some just swaying to the sounds they hear. Music has a powerful effect on us.

In yoga, any session starts with the chant of Om, which happens to be at a frequency of 432 hz, the same vibration found in nature and believed to be the frequency of the universe. The rhythmic chant prepares the body, mind, and nervous system for mediation and exercise. Exercise is often conducted with loud techno music. Getting participants to run, jump stretch intune with the beat.

Alternatively, have you ever had a song in your head that you just can’t get out of? You can’t help but sing along to the tune. This is called an ear worm, generally accompanied by upbeat tempos. If I mentioned the song “Can’t Get You Out of My Head” by Kylie Minogue, who started to sing?

Once we add words to a piece of music, the entire piece takes on a new life, a new meaning and becomes more important in our lives. 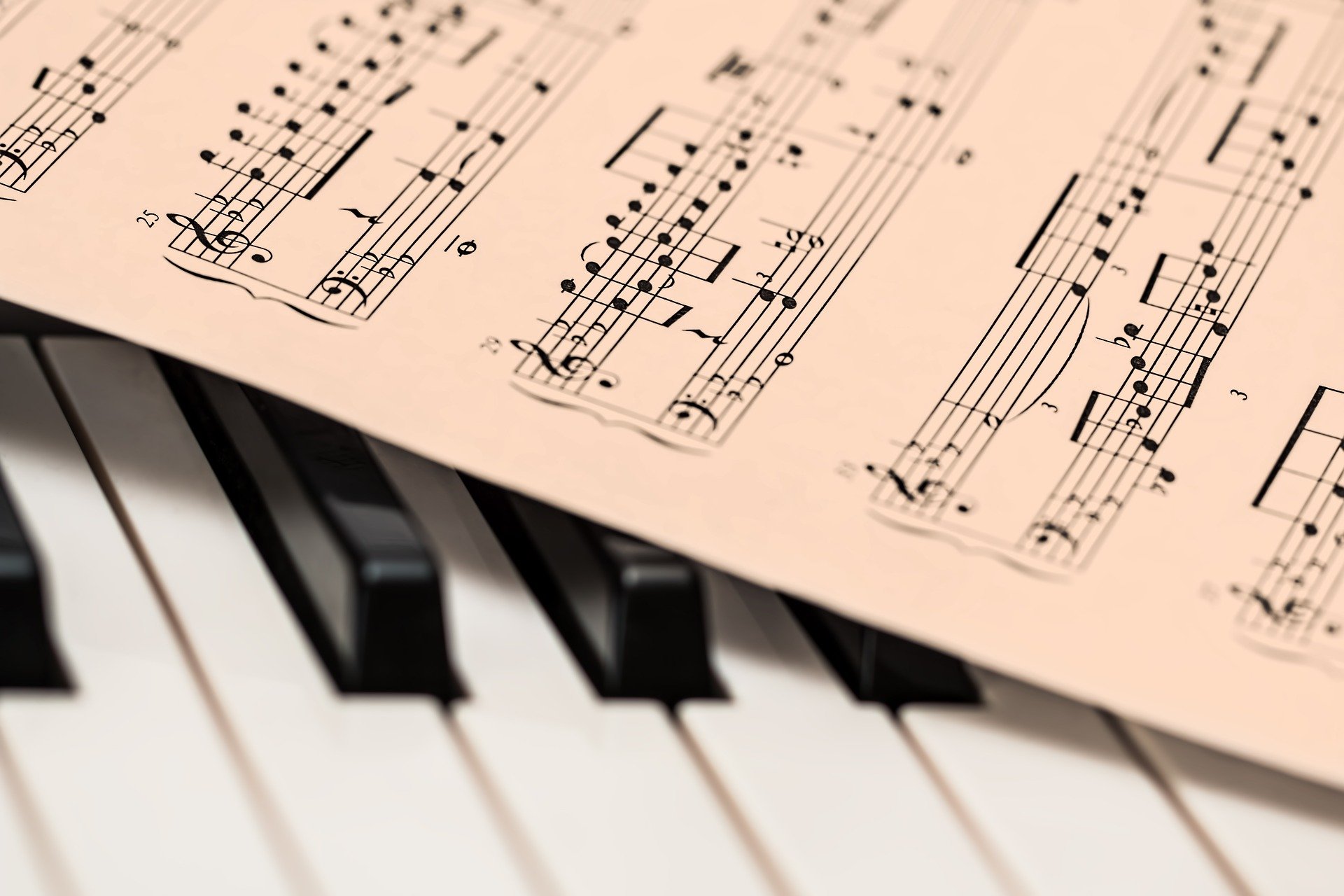 This is why music for a funeral is so important. The music sets the scene and the tempo of the funeral occasion. The first piece of music is your ‘Call to Action’, your entry music. It can be asolemn piece of music that the deceased enjoyed listening to. Once this piece of music starts it isthe que to get mourners into the chapel, to tell them that the service is about to begin.

Reflection music is a piece of music that is used for quiet reflection. It is the time in a funeral when you as an individual mourner have an opportunity to think about the deceased, your time with them and what they meant to you. The Reflection music is often more poignant. The words have a deeper meaning to the deceased and immediate family, for example, Monsters by JamesBlunt.

The exit music marks the end of the service and is generally a more upbeat piece of music thatreflects the deceased’s personality. It can be the theme song or tune from their favourite football team or the title music to a film or TV show they loved.

It can be a song shared with a partner. This music tells the congregation that the service is over and that it is time to move from the chapel and continue to mourn with the family, spend time, and talk about the deceased. For example - I did it my way by Fred Astir or If I could turn back time by Cher. Often the family would like the mourners to sing a song during the service.

From my experience, this has always been a favourite hymn, but it doesn’t have to be. During the service, the crematorium will play an audio version of the song by a choir, for example, All things bright and beautiful and the congregations can sing along.

It is challenging to know which music to select during a service. So try not to put too much pressure on yourself. I had one service where the exit music was Led Zeaplin, and another the theme tune to Heartbeat.

Think about the deceased and their taste in music.

For more information on Music at a funeral service, join our celebrancy support hub and ask some of our amazing celebrants for advice and support.